As vice chair of the Clinton Foundation, Chelsea Clinton works alongside the Foundation’s leadership and partners to improve lives and inspire emerging leaders across the United States and around the world.  This includes the Foundation’s early child initiative Too Small to Fail, which supports families with the resources they need to promote early brain and language development; and the Clinton Global Initiative University (CGI U), a global program that empowers student leaders to turn their ideas into action. A longtime public health advocate, Chelsea also serves on the board of the Clinton Health Access Initiative and uses her platform to increase awareness around issues such as vaccine hesitancy, childhood obesity, and health equity.

In addition to her Foundation work, Chelsea teaches at Columbia University’s Mailman School of Public Health and has written several books for young readers, including the #1 New York Times bestseller She Persisted: 13 American Women Who Changed the World as well as She Persisted Around the World, She Persisted in Sports, She Persisted in Science, Start Now! You Can Make a Difference; Don’t Let Them Disappear; and It’s Your World: Get Informed, Get Inspired & Get Going. She is also the co-author of The Book of Gutsy Women and Grandma’s Gardens with Secretary Hillary Rodham Clinton and of Governing Global Health: Who Runs the World and Why? with Devi Sridhar. Chelsea’s podcast, In Fact with Chelsea Clinton, premiered in 2021 and is the co-founder of HiddenLight Productions.

Chelsea holds a Bachelor of Arts from Stanford, a Master of Public Health from Columbia's Mailman School of Public Health, and both a Master of Philosophy and a Doctorate in international relations from Oxford University. She lives with her husband Marc, their children Charlotte, Aidan and Jasper, and dog Soren in New York City. 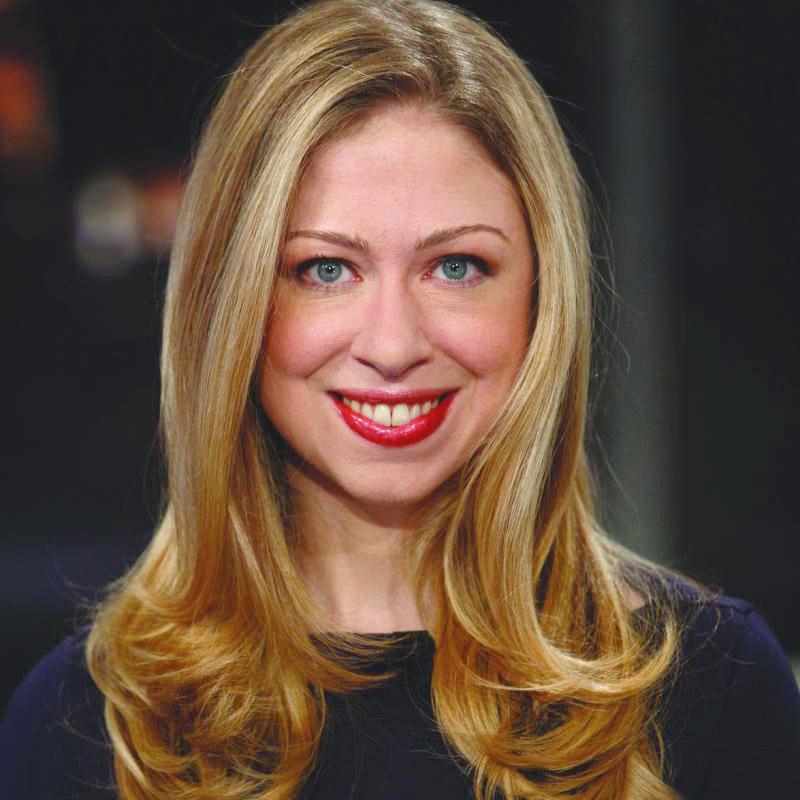