Kim Ng enters her second season as General Manager, having joined the Marlins organization in November 2020 and becoming the fifth person in club history to hold the top position in baseball operations. She is the highest-ranking woman in baseball operations among the 30 MLB teams and was the first woman hired to the General Manager position by any of the professional men’s sports teams in the North American Major Leagues. In 2021, she was recognized as the Best Hire in sports by the Sports Business Journal, the Trailblazer of the Year by Baseball America, a Game Changer by the Asia Society and received the Billie Jean King Leadership Award from the Women’s Sports Foundation as well as the Lou Gehrig Sports Award from the ALS Association of Greater New York.

Ms. Ng owns more than 30 years in Major League Baseball, including a combined 21 years of previous experience in the front offices for the Chicago White Sox (1990-96), New York Yankees (1998-2001), and Los Angeles Dodgers (2002-11). She has been an integral part of eight postseason appearances, including six League Championship series and three World Championships (all with the Yankees, ‘98-’00).

Ms. Ng joined the Marlins having spent her prior nine years as Senior Vice President of Baseball Operations with Major League Baseball and the highest ranking Asian-American female baseball executive. During her tenure at MLB, she directed international baseball operations, working with the front offices of the 30 Major League Clubs and many other baseball leagues and entities around the world. In this capacity, she led a team that set policy for and enforced international signing rules, established MLB’s first system for registering international players for signing and managed protocols for signing international players, raised the standards for international baseball academies, and negotiated agreements with international winter leagues.  She also focused her efforts on growing the game of Baseball, leading MLB’s efforts to improve the quality of play, caliber of talent, and rate of participation for amateur baseball around the world while also supervising MLB playing initiatives for girls and women. Additionally, Ms. Ng served on MLB’s Diversity Pipeline Advisory Committee.

After beginning her baseball career as an intern with the White Sox in 1990, she ascended to Assistant Director of Baseball Operations. She then spent one season as the Director of Waivers and Records for the American League Office in 1997, before taking on the role as Assistant General Manager of the New York Yankees from 1998-2001. At the time Ms. Ng was hired, she was the youngest Assistant General Manager in Major League Baseball at 29 years of age, and only the second woman to attain the position with a Major League Baseball club.

During her nine-year tenure with the Los Angeles Dodgers as Vice President and Assistant General Manager, Ms. Ng’s primary duties included assisting in all player transactions, trades, and free agent signings, while also overseeing the club’s arbitration efforts along with the pro scouting, medical and video departments. In 2004, she served as the Club’s interim Farm Director, overseeing all player development.

Ms. Ng graduated from the University of Chicago, where she played softball and earned a degree in Public Policy. She has appeared on Forbes’ list of the Most Influential Minorities in Sports, Forbes’ list of the Most Influential Women in Sports, and Adweek’s Most Powerful Women in Sports. She also serves on the Anti-Defamation League’s Sports Leadership Council. Shas has also been included as one of InStyle Magazine’s Badass 50 Women, and included among the South Florida Business Journal’s Power Leaders. Ms. Ng also took part in the 2021 Presidential Inauguration as part of the Celebrating America event. 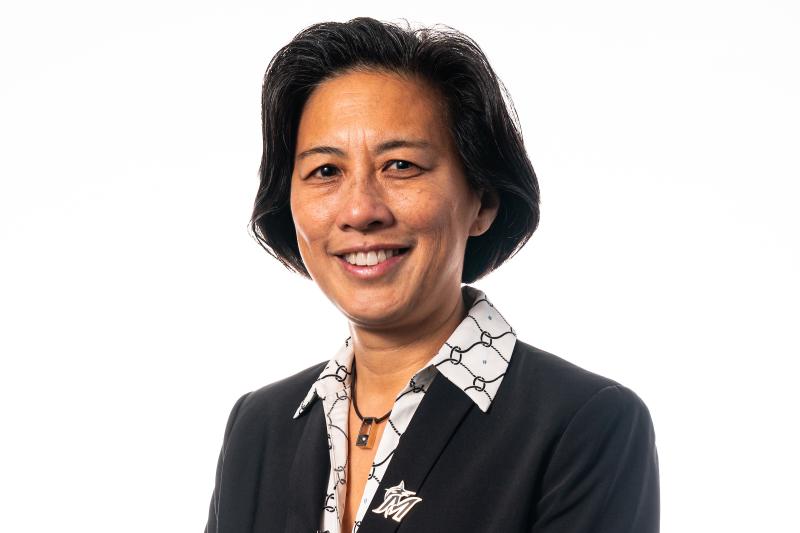