Maria Echaveste is the President of the Opportunity Institute, a non-profit focused on increasing social and economic mobility and advancing racial equity. Before that, she built a distinguished career working as a consultant, lecturer, senior White House official, long-time community leader, and corporate attorney. Echaveste also has been a Senior Fellow at UC Berkeley’s Center for Latin American Studies since 2008.

Echaveste served in various capacities in President Clinton’s administration, including Assistant to the President and Deputy White House Chief of Staff (1998-2001); Director of the White House Office of Public Liaison (1997-1998), and Wage and Hour Administrator of the U.S. Department of Labor (1993-1997).

Echaveste received a B.A. from Stanford University and J.D. from U.C. Berkeley School of Law.

Healthier Generation honors Maria as a health champion in her community. Read more. 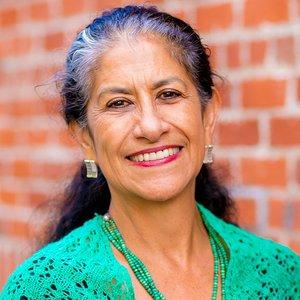