Owner/Chef of Han Oak in Portland, OR

Home is Hidden in the Kimchi

“The biggest compliment for me is just that the guests feel at home.”

Chef Peter Cho made a name for himself working for more than a decade under the world-class mentorship of esteemed chef April Bloomfield at The Spotted Pig in New York City. In 2016, family brought him back to his hometown in Portland, Oregon where he opened the award-winning Korean restaurant Han Oak.

Today, Han Oak has become the best of two worlds for Peter – a home-work site where he has raised two children and cared for his mother while picking up two James Beard nominations and several best restaurant nods.

Underscoring Peter’s family’s commitment to the restaurant, the community, and one another, everyone chips in at Han Oak. As Peter’s main source of Korean tradition and inspiration, Peter’s mother makes all the kimchis and has significant influence over the rest of the menu. His son Elliot “works the room,” chatting up and charming everyone who visits. Critical to Han Oak’s success as a hybrid restaurant/home, however, is Peter’s wife Sun Park. “All credit goes to my wife, who found the space and had this vision of what it could be,” says Peter. 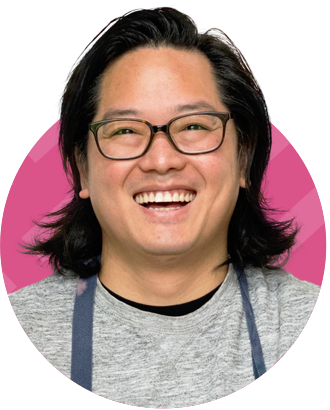