Alabama | Alliance for a Healthier Generation Skip to main content

From Mobile to Birmingham to the state capital of Montgomery, Alabama is known for historical landmarks from the Civil Rights Movement, beautiful beaches along the Gulf of Mexico and enthusiastic fans cheering for the University of Alabama and Auburn sports teams.

But aside from the state’s many appeals, it also faces a serious problem: 35 percent of Alabama youth are overweight or obese, putting them at risk for serious health problems.

Additionally, the significant racial and ethnic disparities that exist in obesity prevalence among U.S. children are pronounced in Alabama’s diverse communities: More than a quarter of the state’s residents are Black or African American.*

The Alliance for a Healthier Generation, thanks to support from the Robert Wood Johnson Foundation and the Centers for Disease Control and Prevention, is working with communities throughout the state to make it easier for kids to lead healthier lives.

Our Work in Alabama

In Alabama, we’re making it easier for kids to develop healthy habits.

More than 600 schools serving over 316,000 students across the state have joined Healthier Generation’s Healthy Schools Program, creating healthier school environments for children to thrive. Since 2007, 36 Alabama schools have been recognized with National Healthy Schools Awards for their outstanding efforts.

We’ve also made it easier for over 3,800 youth in 30 out-of-school time programs to eat right and move more.

Healthier Generation enlists the help of regional and local partners to create healthier schools. These partners, such as Auburn University, receive specialized professional development training from Healthier Generation staff and gain access to Healthier Generation's customized tools, resources and data that empower them to guide schools to improve physical activity and nutrition policies and practices.

As part of our work to reduce calorie consumption along with the country’s three largest soda manufactures, each beverage company is committing to focus its efforts at the community level and specifically in communities where there has been less interest in and/or access to options that help community members reduce their calorie intake. Communities within the Montgomery, Alabama area are among the first to see those changes.

Hear from two school champions from just one of the many districts we work with in Alabama: Hoover City School District, enrolled with the Healthy Schools Program since 2008. 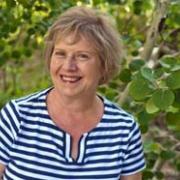 Students spend the majority of their day at school and often eat breakfast, lunch and a snack at school. We make it a safe environment where kids can learn new behaviors.

Watch how Southern states, including Alabama, are helping students to develop healthier habits at school

Contact us and make your contribution to children's health in Alabama.