Arkansas | Alliance for a Healthier Generation Skip to main content

Arkansas, a state of geographical highs and lows, is home to both the Ozark Mountains and the Mississippi Delta. Aside from its geography, Arkansas faces another kind of low: it ranks as the twelfth most obese state in the nation for children. Additionally, nearly 1 in 5 of Arkansas’s 2.9 million residents lives below the poverty level,* posing additional challenges to accessing the resources kids need to grow up healthy.

The Alliance for a Healthier Generation, thanks to support from the Robert Wood Johnson Foundation, the Clinton Foundation and the Centers for Disease Control, is working with communities throughout the state to make it easier for kids to lead healthier lives and reach their full potential.

Our Work in Arkansas

In Arkansas, we’re making it easier for kids to develop healthy habits.

More than 425 schools serving over 205,000 students across the state have joined Healthier Generation’s Healthy Schools Program, creating healthier school environments for children to thrive. Since 2007, 18 Arkansas schools have been recognized with National Healthy Schools Awards for their outstanding efforts.

In Arkansas, we’ve made it easier for almost 13,000 youth in more than 110 out-of-school time programs to eat right and move more, focusing on the communities in greatest need.

As part of our work to reduce calorie consumption along with the country’s three largest soda manufacturers, each beverage company is committing to focus its efforts at the community level and specifically in communities where there has been less interest in and/or access to options that help community members reduce their calorie intake. The neighborhoods of Downtown Little Rock, South Little Rock, Southwest Little Rock, and Midtown Little Rock will be our first communities to see these changes in the South. 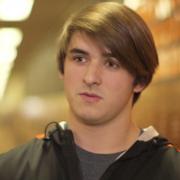 Since we started with Healthier Generation, we've improved student wellness programs and encouraged our physical education classes to be more active. 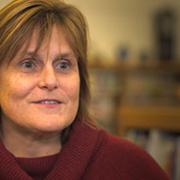 The Alliance for a Healthier Generation has been a great partner in giving us a framework for how to take an overwhelming issue like childhood obesity and break it down into manageable action steps.

See how Southern states, including Arkansas, are helping students to develop healthier habits at school

Contact us and make your contribution to children's health in Arkansas.