Maine | Alliance for a Healthier Generation Skip to main content

Maine is the northernmost state in the continental United States, bordered by our Canadian neighbors to the north, west and east. It is home to miles of coastline, rolling mountains and thick forests in addition to a rich cultural hub in its largest city, Portland.

While Maine has much to offer residents and visitors alike, the state bears a troubling statistic: Nearly 30 percent of its youth are overweight or obese, putting them at risk for serious health problems.

Thanks to support from the Robert Wood Johnson Foundation and the Centers for Disease Control and Prevention, the Alliance for a Healthier Generation is working with communities throughout the state to make it easier for kids to lead healthier lives.

Our Work in Maine

In Maine, we’re making it easier for kids to develop healthy habits.

More than 190 schools serving over 68,000 students across the state have joined Healthier Generation's Healthy Schools Program, creating healthier school environments for children to thrive. Since 2007, four Maine schools have been recognized with National Healthy Schools Awards for their outstanding efforts.

We’ve also made it easier for more than 2,600 youth in 23 out-of-school time programs to eat right and move more through our Healthy Out-of-School Time Initiative.

Hear from a school champion from just one of the many schools and districts we work with in Maine: Windham Raymond School District, enrolled in the Healthy Schools Program since 2011. 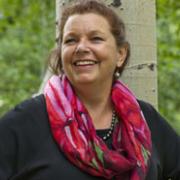 I've enjoyed being involved in health education at the state level where I get to make presentations about the advantages of following Healthier Generation's Healthy Schools Program.

Contact us and make your contribution to children's health in Maine.