Missouri | Alliance for a Healthier Generation Skip to main content

Located in the Midwest, Missouri lies at the intersection of the country’s three greatest rivers: the Mississippi, Missouri, and Ohio Rivers. The state is proud of its rich history: it was the starting point for the Pony Express, the Santa Fe Trail and the Oregon Trail.

Nicknamed the "Show Me State," Missourians are known for needing evidence to be convinced; but one unfortunate fact with plenty of evidence is that more than 28 percent of the state’s youth are overweight or obese, putting them at risk for serious health problems.

Thanks to support from the Robert Wood Johnson Foundation, the Missouri Foundation for Health and the Centers for Disease Control and Prevention, the Alliance for a Healthier Generation is working with communities throughout the state to make it easier for kids to lead healthier lives.

Our Work in Missouri

In Missouri, we’re making it easier for kids to develop healthy habits.

More than 760 schools serving over 360,000 students across the state have joined Healthier Generation's Healthy Schools Program, creating healthier school environments for children to thrive. Since 2007, 112 Missouri schools have been recognized with National Healthy Schools Awards for their outstanding efforts.

We’ve also made it easier for nearly 5,000 youth in 40 out-of-school time programs to eat right and move more through our Healthy Out-of-School Time Initiative. 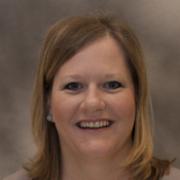 We’ve used Healthier Generation's list of items that meet the standards for vending machines and the Product Calculator for Smart Snacks, and passed those onto our Parent Teacher Organizations. 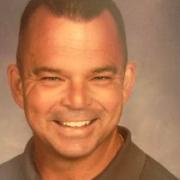 Since enrolling in the Healthy Schools Program, we’ve transformed our campus into a healthier one that encourages everyone to fuel for optimal achievement – whether that’s in the pool, in the classroom or even at home.

Contact us and make your contribution to children's health in Missouri.