New York is the twenty-seventh largest state in size, but the fourth most populous, thanks in part its biggest city, New York City, home to the World Trade Tower, Wall Street and the bustling Times Square. But too many of the state’s 19.7 million residents – especially children – face a threat to their health and longevity: Nearly one in three of New York’s youth are overweight or obese.

Additionally, the significant racial and ethnic disparities that exist in obesity prevalence among U.S. children are pronounced in New York’s diverse communities.*

Our Work in New York

In New York, we’re making it easier for kids to develop healthy habits.

Almost 1,800 schools serving over 1 million students across the state have joined Healthier Generation’s Healthy Schools Program, creating healthier school environments for children to thrive. Since 2007, 49 New York schools have been recognized with National Healthy Schools Awards for their outstanding efforts.

We’ve also made it easier for nearly 24,000 youth in 129 out-of-school time programs to eat right and move more through our Healthy Out-of-School Time Initiative.

Healthier Generation also enlists the help of regional and local partners to create healthier school and out-of-school time environments. Intermediary partners, such as the Rockland County Department of Health, gain access to Healthier Generation’s customized professional development training, tools, resources and data that empower them to guide schools and sites to improve physical activity and nutrition policies and practices.

As part of our work to reduce calorie consumption along with the country’s three largest soda manufactures, each beverage company is committing to focus its efforts at the community level and specifically in communities where there has been less interest in and/or access to options that help community members reduce their calorie intake. Communities within New York City will be among the first to see those changes.

Hear from our school champions from just two the many schools and districts we work with in New York: Clarkstown High School South and Edward A. Reynolds West Side High School, both enrolled with the Healthy Schools Program since 2011. 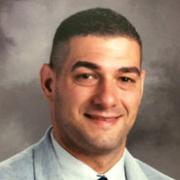 We thank our Program Manager for delivering training sessions and sharing her expertise with us. She continues to work with our school to promote wellness and physical health in the classroom. 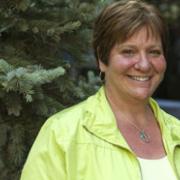 I cannot thank Healthier Generation enough for providing us with a structure to talk about wellness in a way that really engaged every member of our community.

Watch how Edward A. Reynolds High School in New York City earned the National Healthy Schools Gold Award two years in a row by transforming into a healthier place where students can achieve success 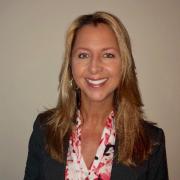 Contact us and make your contribution to children's health in New York.