South Dakota’s rolling hills and forests make this midwestern U.S. state especially scenic for tourists and residents alike. The popular destinations Mount Rushmore and Black Hills National Forest in the state’s southwestern corner get plenty of visitors, but South Dakota is the fifth least populated state in the country.

Though the state’s population is sparse, more than a quarter of its children are overweight or obese, putting them at risk for serious health problems.

Additionally, the significant racial and ethnic disparities that exist in obesity prevalence among U.S. children are pronounced in South Dakota’s diverse communities: Nearly nine percent of the state’s population is American Indian.*

Our Work in South Dakota

In South Dakota we’re making it easier for kids to develop healthy habits.

More than 180 schools serving nearly 67,400 students across the state have joined Healthier Generation's Healthy Schools Program, creating healthier school environments for children to thrive. Since 2007, 27 South Dakota schools have been recognized with National Healthy Schools Awards for their outstanding efforts.

We’ve also made it easier for over 1,600 youth in 9 out-of-school time programs to eat right and move more through our Healthy Out-of-School Time Initiative.

Hear from school champions from just two of the many schools and districts we work with in South Dakota: Beresford School District, enrolled in the Healthy Schools Program since 2013, and Knollwood Heights Elementary School, enrolled since 2012. 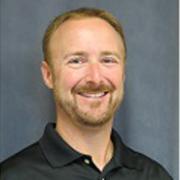 The assistance from Healthier Generation's Healthy Schools Program has been essential throughout the process of reviewing, revising and updating our wellness policy. 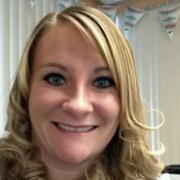 Since working with the Healthy Schools Program, our students are excited about exercising and using physical activity breaks at home. Our attendance has improved on our wellness days.

Watch how North Elementary School on Rosebud Reservation in Todd County, South Dakota is transforming school into a healthier place where students can achieve success

Contact us and make your contribution to children's health in South Dakota.