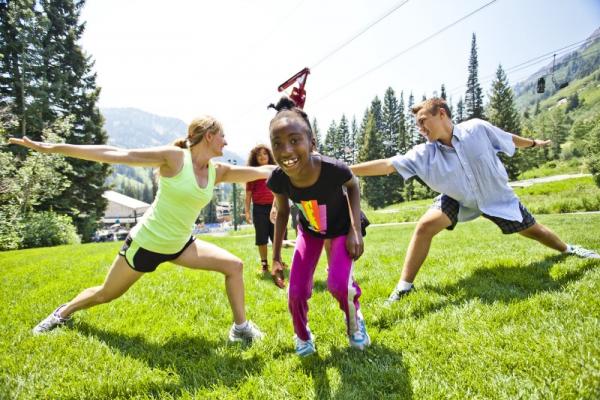 Summer is upon us, and with it comes camp and summer programs many kids (and parents) love so much. But take heed: while school may be out for the summer, bullying does not take a vacation.

Many people think of bullying as something that happens exclusively within the confines of school and school-related activities; in reality, a tremendous amount of bullying also goes on at summer programs and camps — often unnoticed. The American Camp Association reports that bullying is one of the top three reasons why campers may not return to camp the next year. It has also been estimated that as much as 60 percent of bullying at camp goes unreported.

While we should agree that no kid deserves to be bullied, occasionally adults fall into the trap of shrugging off bullying as a necessary milestone in the process of growing up. But bullying is no laughing matter; it can do serious — often permanent — damage to a kid’s self-esteem. A recent study suggests that this damage can still be felt in college. It’s something that needs to be stopped; the good news is that it can be.

Bullying is far more likely to occur between kids whenever a respected adult isn’t around. Situations in which kids are left on their own or do not believe that an adult will intervene do a lot to turn potential bullies into actual ones. Even if children are having free play, encourage staff to actively check-in with students and stay vigilant. Encourage summer staff to role model positive behavior to prevent counselor-on-counselor bullying, teasing and name-calling.

2. Know who to turn to if your child is having trouble

If you’re a parent or caregiver worried that your child might be targeted by bullies (especially if your child has a history of being bullied), be sure to familiarize yourself with the camp or summer program’s bullying prevention policies. Ask if counselors are made aware of telltale signs, or trained to spot (and stop) bullying.

3. Give kids the tools to respond to bullies

Helping kids who have been bullied learn how to handle themselves in situations is absolutely critical to ending a vicious cycle of bullying. According to Dr. Joel Haber, an anti-bullying coach and consultant for the American Camp Association, “the fundamental rule on bullying is the same at camp as it is at home. We need to teach our kids new skills, and help them develop positive attitudes and behavior.” Try role playing with kids, asking them questions like, “what should you do if this scenario happens?” Help children understand how to respond to bullying in a healthy way and when to seek help from counselors.

4. Ensure kids know how to be an ‘upstander’

85 percent of all bullying episodes have an audience, but peers intervene only 11 percent of the time. That said, more than half of bullying incidents stop when an upstanding peer intervenes in the situation. Encourage children to seek help and stand up for others when they witness bullying.

5. Minimize the impact of social media in kids’ lives

While camps and out-of-school programs have “no cell phone policies,” many caregivers want to keep in touch with their children while they are away. This, however, allows for the possibility of cyberbullying. Cyberbullying — bullying or harassment done online — can facilitate some of the most vicious kind of bullying. According to US News, “being the victim of cyberbullying…affect[s] students’ behavior more than traditional bullying [does] — students who were cyberbullied were more likely to skip school, to avoid school activities, to avoid specific places, and to carry a weapon to school [than victims of traditional, in-person bullying].” This summer, do what you can to ”flip the switch” on screen time. However, if a child is cyberbullied, take a ‘screen shot’ of the evidence and show it to a counselor or camp administrator.

Something to lift your spirits: the percentage of students aged 12 to 18 who claimed to be bullied or cyberbullied dropped from an all-time high of 31.7 percent in 2007, to a record low of 21.5 percent in 2013; according to the U.S. Department of Education, this represented the “first significant decrease” in bullying since the department started tracking bullying rates back in 2005. Furthermore, every state now has laws against bullying, and our culture and media have increasingly focused on the harm done when kids are cruel to each other.

Promising stuff…but progress shouldn’t be met with complacency. There’s still a lot more to be done. For one, reporting of bullying remains disturbingly low; only one-third of students victimized by in-person bullies, and less than one-quarter of those victimized by cyberbullies reported the incident to an adult. Furthermore, some groups are disproportionately affected by the issue; girls, students with disabilities, and LGBT students are all significantly more likely to be bullied.. Finally, while fewer kids being bullied is by all means a great thing, one out of every five kids is still being bullied at school. In total, 3.2 million students per year are victims of bullying nationwide.

Camp, and summer in general is meant to be a formative and enjoyable experience for our kids. Let’s keep it that way by making sure our camps and summer programs are healthy bully-free zones. For more information on summer bullying and examples of bullying situations (and solutions) in camp, be sure to check out the American Camp Association’s Bullying Prevention page from our Healthier Generation afterschool blog.