Michigan | Alliance for a Healthier Generation Skip to main content

Bordered by four of the Great Lakes, a person in Michigan is never more than six miles from a natural water source. Because of its proximity to water, Michigan is one of the leading U.S. states for recreational boating. It is also home to the country's three major automobile companies whose headquarters are located within the Detroit metropolitan area, the state’s largest city.

With plentiful lakes and a variety of economic opportunities, Michigan has lots to offer its residents. But aside from these many attributes, it bares a troubling problem: Nearly one out of every three children and adolescents in the state is overweight or obese, putting them at risk for serious health problems.

Our Work in Michigan

In Michigan, we’re making it easier for kids to develop healthy habits.

More than 760 schools serving over 382,000 students have joined the Healthier Generation's Healthy Schools Program, creating healthier school environments for children to thrive. Since 2007, eight Michigan schools have been recognized with National Healthy Schools Awards for their outstanding efforts.

We’ve also made it easier for more than 7,400 youth in 62 out-of-school time programs to eat right and move more through our Healthy Out-of-School Time Initiative.

Hear from school champions from just one of the many schools and districts we work with in Michigan: 2015 National Healthy Schools Gold Award-winner Atherton Elementary School, enrolled in the Healthy Schools Program since 2009.

Through Healthier Generation's Healthy Schools Program, we’ve given our Healthy Action Team the tools they need, and now they’re sharing ideas with one another. 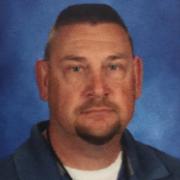 We used to sell cookies and candy for fundraisers, but we’ve gotten away from that because we’re part of Healthier Generation's Healthy Schools Program. Now we sell wrapping paper and holiday gifts as one of our main fundraisers.

Contact us and make your contribution to children's health in Michigan.