Keeping Kids Nourished This Summer: What You Need To Know & How You Can Take Action | Alliance for a Healthier Generation Skip to main content
June 28, 2017

Keeping Kids Nourished This Summer: What You Need To Know & How You Can Take Action 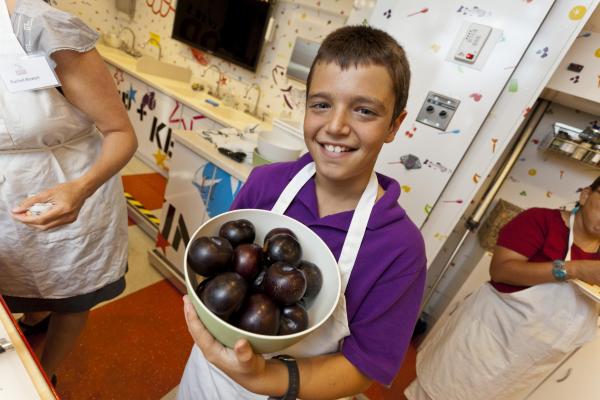 As you may know, the National School Lunch Program and School Breakfast Progra distribute billions of dollars every year to help ensure that kids have access to the nutritious meals they need to learn and grow. These programs help support the over 13 million kids whose households do not have consistent access to enough nutritious food to help them reach their potential.

National feeding programs are critical to ensuring no child has to focus on being hungry when they should be squarely focused on learning. But what happens over the summer, when kids aren’t in school to access these programs?

What many don’t know is that the USDA (United States Department of Agriculture) — the same department of the Federal government that provides the funds to keep these in-school programs going nine months a year — also provides options for summer programs aimed at keeping kids nourished. One of these is called the Summer Food Service Program, while the other is an extension of the National School Lunch Program, known as the Seamless Summer Option. To the surprise of many, these programs have been around for nearly fifty years. (Wikipedia, the Free Encyclopedia)

According to the Food Research and Action Center (FRAC), about 3 million kids participated in the Summer Nutrition Programs on an average July weekday in 2016, down almost five percent from the high of 3.2 million set in 2015. It may seem like a lot of kids are accessing summer meals but, in reality, summer feeding programs reach less than one in seven kids who are eligible for them. (Food Research & Action Center 2017) Even though none of our national feeding programs — including school-based programs — reach all (or even most) of the kids they’re designed to serve, this figure stands in stark contrast to the number of kids who eat school breakfast (twice as many), and those who eat free or reduced-price school lunch (five times as many). (Crystal Weedall FitzSimons 2011)

The question, then, is: why? For one, many kids who qualify (and their parents) aren’t aware that these programs exist. Perhaps the most unfortunate thing of all: even in areas where these programs are desperately needed, the organizations and people that might run them locally often don’t know that such a program exists either. A survey conducted in the early 2000s by Arkansas Advocates for Children and Families found that nearly 40 percent of childcare providers who weren’t participating in these programs had no idea about them. This part is crucial because the programs require a local government agency, school, or nonprofit to sponsor them in order for children to gain access to them; owing to this fact, these programs can prove difficult to execute. According to the same report from FRAC, it takes commitment and partnership from diverse stakeholders — including education groups, out-of-school time providers, anti-hunger partners, and USDA — to reduce the barriers to participation and ensure children have access to the nutrition and enrichment they need when the school year ends. On top of all this, even if summer food programs happen to be nearby, and a child and/or their caregiver(s) are aware of them, kids have to physically get to the places where meals are offered — not a simple proposition, especially if caregivers are at work, and/or transportation options are expensive, limited, dangerous, or just plain nonexistent (think rural areas).

So now you know. Sites qualify to serve summer meals if they are located in an area where 50 percent or more of all of the children are eligible for free or reduced-price school meals. Generally, kids who qualify for free or reduced-price lunch, or any other Federal in-school meal program for that matter, qualify for summer food, too. Some resources that may be helpful: