From 2000-2009, the CDC tracked tremendous progress in the reduction of sugar-sweetened beverage consumption. That decline was driven in part by the implementation of the Alliance for a Healthier Generation’s nutrition standards in thousands of schools and youth-serving organizations across the country and the Alliance’s work negotiating voluntary agreements with beverage companies to change the mix of beverages being offered in our nation’s schools.

The final evaluation of the Alliance’s agreement with the beverage industry reported there had been a 90 percent reduction in calories from beverages shipped to schools between the 2004-2010 school years. Additionally, the nutrition standards created by the Alliance ultimately guided the development and adoption of strong federal nutrition standards for school meals and snacks as part of the Healthy, Hunger-Free Kids Act of 2010.

The progress in reducing children’s calorie consumption from sugar-sweetened beverages has stalled. We cannot accept a slowing of progress and must make every effort to re-accelerate this trend. Research tells us the over-consumption of calories and sugar can lead to obesity, tooth decay, heart disease and type 2 diabetes.

The urgent need to reduce calories and sugar intake from beverages is exactly why the Alliance felt it was critical to reengage with representatives from American Beverage Association, The Coca-Cola Company, Dr Pepper Snapple Group and PepsiCo. In 2014, the Alliance announced a new agreement to decrease beverage calories in the American diet—setting a goal to reduce beverage calories consumed per person nationally by 20 percent by 2025.

The implementation of that new agreement began in 2015 and while driving change of this magnitude takes time, we are encouraged by the initial effort we see from the beverage industry to leverage their product innovations, marketing initiatives and distribution strategies to reduce the amount calories and sugar our nation consumes through beverages.  The new CDC analysis highlights the critical importance of implementing effective strategies for reducing calorie and sugar intake among young people.

We cannot allow our nation’s children to consume this amount of calories and sugar from their drinks. We made significant progress in the past and we can do it again.  It is going to take everyone—families, communities, schools, business and government— to make children’s health a priority. The next generation is counting on us.

Alliance for a Healthier Generation 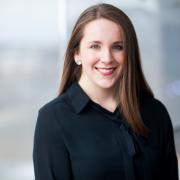