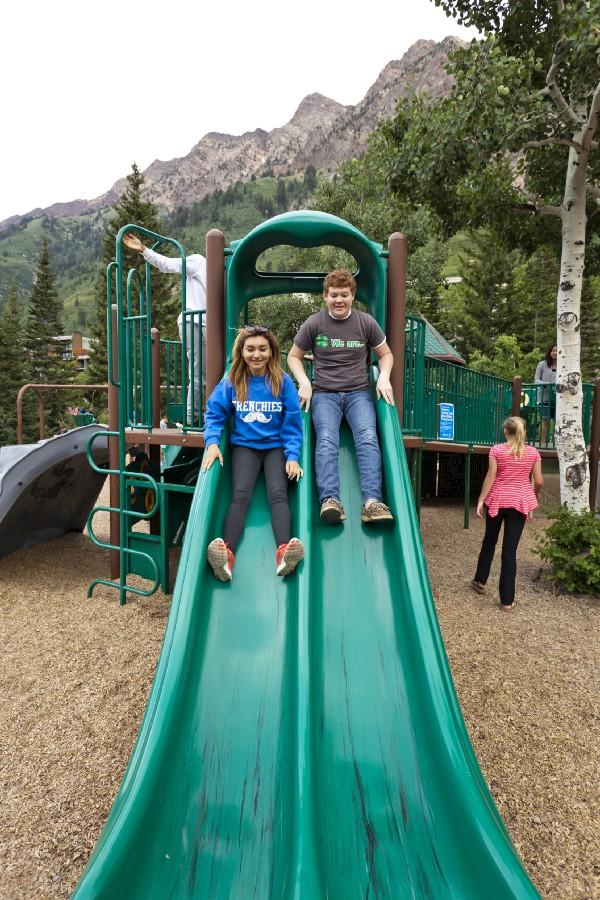 In the summer, kids — especially younger ones — often forget some of what they learned during the school year, and can we blame them? Who else gets three months off all at once? I think most of us would draw our share of blanks if we checked out of work for an entire season, and then were expected to do what our kids do: come back and hit the ground running. The loss of academic skills and knowledge over the course of summer break has a name: ‘summer learning loss, also known as ‘summer slide’.

As early as 1906, studies began to suggest that children experienced learning setbacks in math and reading over the summer, doing significantly worse on standardized tests taken at the end of the summer than they did on the exact same tests when taken at the beginning of the summer.i Fast-forward 100 years, and research has shown just how massive — chilling, even — the implications of this ‘slide’ really are. First, a couple of statistics: as many as six weeks in the fall are spent relearning old material to make up for knowledge and skills that went unused and were consequently forgotten over the summer, and summer learning loss for the average kid has been estimated at around one month.ii

Let’s breathe some life into these stats. What if you’re not ‘average’? Not all learning loss is the same, or as bad; not all kids ‘feel the slide’ equally. While most kids lose math skills over the summer regardless of how much money their parents make, this is far from the case with reading skills. According to the National Summer Learning Association, the children of less well-off parents often lose two to three months of reading skills over the summer, children with parents of ‘high’ socioeconomic status make slight gains on average in their reading skills over the months of June, July, and August.iii This, of course, isn’t some hard-and-fast rule. During the school year, kids from under-resourced backgrounds perform about as well as kids from more well-off ones. In fact, the gap that appears has little or nothing to do with money or status at all; it has to do with keeping kids reading and thinking when they’re out of school.

These little setbacks add up in a big way. Chew on this: if, following Kindergarten, a kid loses two months of reading skills every summer, that means he will have fallen behind by more than a grade level by fifth grade. In fact, numerous studies have shown that as much as two-thirds of the achievement gap between students of higher and lower economic status is due to the snowballing effect of losses in reading skills over the summer. As kids grow up, this can translate to years of compounding disadvantages that ultimately can lead to fewer opportunities, dropping out, and lower-paying, less-fulfilling jobs. Between 1967 and 1997, the gap between the incomes of college-educated people and those without a degree more than doubled, and has continued to widen since then.vi To put it one way, making sure kids really absorb what they’ve been taught is more important than ever because they need what they learn in school more than ever to succeed.

The good thing is that the slide is completely avoidable. Just a few hours of enrichment a week during summer vacation can prevent learning loss as well as — if not better than — summer school. Reading a book more than counts as a learning opportunity. If kids are given — or, even better, allowed to pick out for themselves — just a handful of books — over the summer, the slide can be stemmed or stopped altogether. For simple and inexpensive resources to stop the slide, visit the Healthier Generation afterschool blog at healthiergeneration.org/hostblog, and be sure to check out our 4 Active Adventures for a Summer of Learning.