Puts Government at Odds with Health of Most Vulnerable Children

(January 23, 2020) – Recently, the U.S. Department of Agriculture (USDA) announced new proposed reforms for school meals that will further roll back nutrition standards established by the Healthy, Hunger-Free Kids Act of 2010 (HHFKA). These proposed changes come on the heels of the School Meal Flexibility Rule, finalized in December 2018, that weakened standards specifically for sodium and whole grains.

The proposed rule— noted as offering more “flexibility” to food service providers—would allow children to select foods high in calories, saturated fat or sodium nearly every day in place of balanced school meals. In addition, it could limit the variety of vegetables served at lunch and reduce the amount of fruit served with some breakfasts. The proposed changes would disproportionately impact students in low-income communities, many of whom rely upon the Federal meal program as a primary source of nutrition.

These measures fail to align with the Dietary Guidelines for Americans and they act in direct opposition to the overwhelming evidence of the HHFKA’s success - most recently noting that kids’ participation was highest when meals were healthiest; food waste was comparable to levels prior to the HHFKA; and costs do not increase alongside healthier offerings.

Additionally, moving away from nutrition standards that place the health of the child first effectively limits student well-being and success. School meals are critical to student health and ensure that youth have the sustenance they need to learn. With ongoing conversation about the accessibility of school meals and food insecurity – these reforms add yet another barrier for youth, especially those experiencing hunger or from underserved communities, to thrive.

As stewards of the next generation, we have a responsibility to act with clarity and forethought that position today’s youth to succeed tomorrow.

While the data alone tell a story of success, Healthier Generation has seen these findings come to life each day in thousands of schools across the country. Our work with schools and businesses has transformed school environments of millions of children, demonstrating many districts’ and schools’ desire to serve nutritious, appealing meals that fuel students’ minds and bodies for learning.

Now is not the time to reverse progress on what’s been cited as one of the most important obesity-prevention policy achievements in recent decades. This is not a partisan issue, but a matter of children’s health and ensuring that children and adolescents aren’t placed at further risk of developing chronic health conditions.

We are prepared to continue our efforts in spite of these reforms and in service of a stronger tomorrow and a healthier generation. You can join efforts to put children’s health front and center by submitting a public comment through the Federal Register starting today.

With dedication to our nation’s youth, 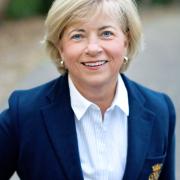