Loretta Claiborne, a Special Olympics athlete, is the Chief Inspiration Officer for Special Olympics International (SOI) and the Vice-Chair for the Executive Board of SOI. In Loretta's words, she is "just one of God's children," but to all who know her, she is an inspiring woman who has changed the lives of many. A Special Olympics athlete since 1970, she is a woman of faith who shares her life story that carries a heart-felt message of acceptance, hope, and tolerance for all people around the world. Born in 1953 with a physical and intellectual disability, Loretta did not walk or talk until four. In 1956, doctors told her mother that Loretta belonged in an institution because she would never survive in the "regular" world. Her mother refused to institutionalize Loretta and chose to raise her the same as her other children. Despite her [different] abilities, which led to years of being bullied, teased, and hostile retaliation, she learned to persevere and credits Special Olympics as her positive force that turned her life around. Loretta holds three honorary doctorate degrees: from Quinnipiac University ('95), Villanova University ('03), and York College of Pennsylvania ('19).

Loretta discovered a passion for running early in her life and has completed 26 marathons with her personal best of 3:03 in the 1982 Boston Marathon. In addition to running, she holds a 4th-degree black belt in karate, is an avid tennis player, and continues to be a multi-sport competitor in Special Olympics. Her life's contributions are immeasurable. She is an invited motivational speaker who travels the world meeting with international leaders, teachers, and students, promoting inclusion and respect for people with different abilities. Loretta shared her message with Nelson Mandela, Pope Francis, The Royal Crown Prince of Abu Dhabi, the United Nations, Presidents Reagan, George HW Bush, Clinton, George W Bush, & Obama, Warren Buffett, Oprah, and Dr. Oz, to name a few. Loretta is a celebrated athlete honored in 1996 with ESPN's ESPY- Arthur Ashe Award for Courage. Further, she is the subject of a Disney movie (also DVD), The Loretta Claiborne Story, which still airs on The Lifetime Channel.

This is a brief 'highlights snapshot' of Who is Loretta Claiborne? Her life's mission is to champion, world-wide, inclusion for all persons with different abilities and remains a dedicated advocate for Special Olympics. 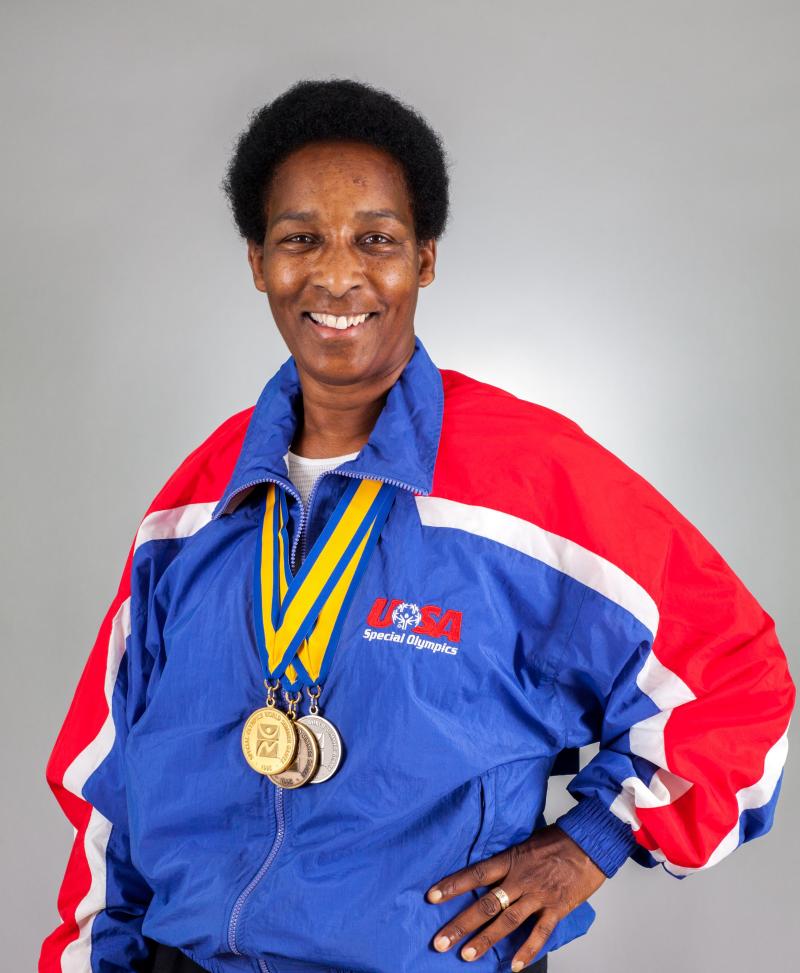