Learn how you can help create healthier, tobacco-free environments for students to learn and thrive. 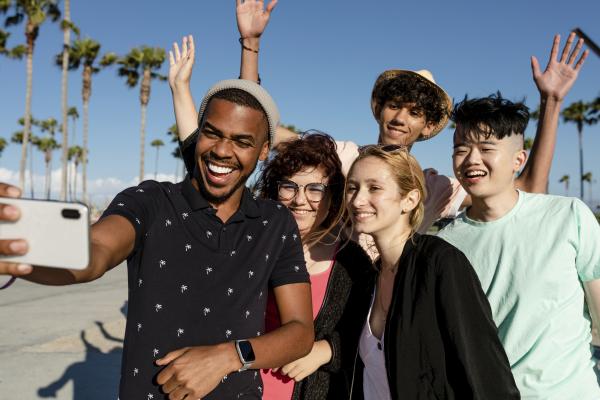 By the time they leave high school, about 1 in 25 teens have used tobacco. Teens are also three times as sensitive to tobacco advertising as adults and are more likely to be influenced to smoke by cigarette marketing than by peer pressure.

Individuals who start smoking at an early age are more likely to become addicted to nicotine than those who start at a later age. And if youth tobacco use continues at the current rate, 1 of every 13 Americans younger than 18 will die early from a smoking-related condition.

Vape-free and tobacco-free schools are crucial to help support the well-being and success of all students. Evidence-based resources that center tobacco-free learning environments, restorative practices, cessation, and prevention can help to improve the health of youth across the country.

Mental health and tobacco use

There is a significant connection between youth smoking and anxiety, depression, and stress.

Pandemic-related mental health challenges have impacted teens and families – so much so that a coalition of pediatric health organizations recently declared a national state of emergency in children’s mental health.

Smoking can exacerbate these challenges for youth, and those who vape at a high frequency are associated with higher depressive symptoms.

Smoking is linked to numerous life-threatening physical illnesses, and some communities of color are at higher risk for severe outcomes.

BIPOC (Black, Indigenous, and People of Color) youth are heavily targeted by the tobacco industry. Tobacco is a major contributor to the three leading causes of death among African Americans – stroke, cancer, and heart disease.

E-cigarettes have been the most used tobacco product among youth since 2014. There is growing evidence that vaping can harm lung health, and nicotine in e-cigarettes and other tobacco products can have negative impacts on learning, memory, and attention.

Take Down Tobacco's National Day of Action is the Campaign for Tobacco-Free Kids’ nationwide effort to empower people to stand up and speak out against the tobacco industry and drive equitable change.

Join Healthier Generation and the Campaign for Tobacco-Free Kids in an educational game of Joker Takedown where we call Big Tobacco’s bluff and learn other ways you can get involved year-round to help create healthier, tobacco-free environments for students to learn and thrive.

Check out these additional resources: